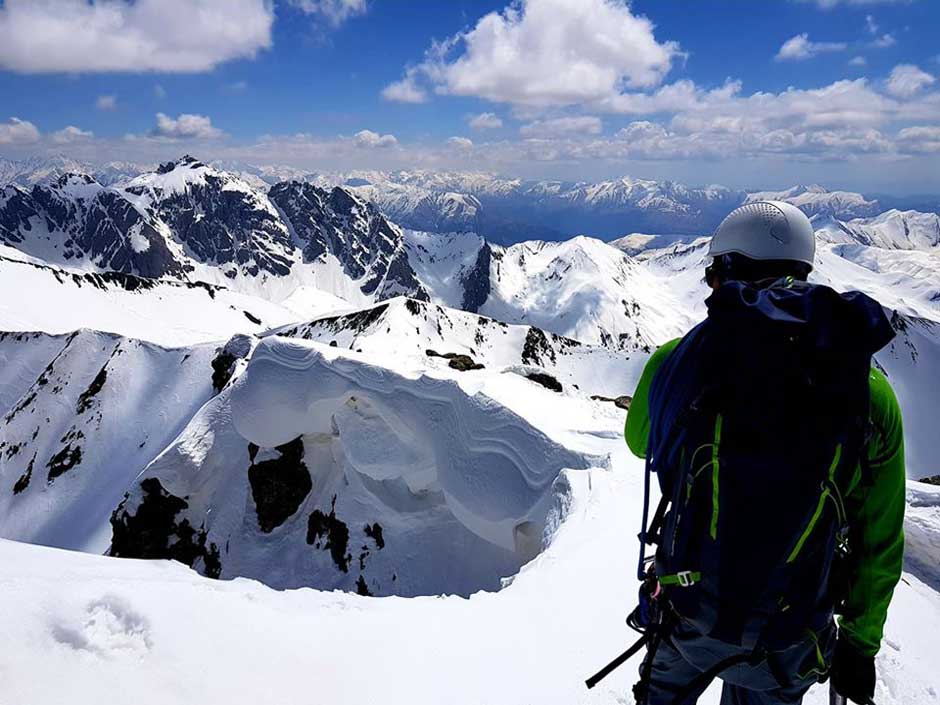 Ski touring and other winter activities in Georgia

What additional  services you can get on Mt Kazbek

What equipment and dress we need to climb Mt. Kazbek

Getting ready for the expedition to Mt. Kazbek


Do you know which is the most beautiful peak of the Caucasus mountain range? It is Mt. Kazbek. Because of its magnificence local people call it ‘The bride’. Mt. Kazbek is so exceptional that many legends are told about it. The most popular legend is ‘The Myth of Amirani’, the local name for the Greek Prometheus. It says that a furious god chained Amirani to a rock of Mt. Kazbek ( In Georgian Mkinvartsveri. also Kazbegi) for the crime of steeling fire from the gods and giving it to mortals. Locals also tell that, because of impassable footpaths, they kept royal treasure there lest it be robbed by invaders. The guards of the treasure climbed to the caves by chain when needed. Another mythological place is the ‘Cave of Bethlehem’ where, according to legend, various Christian hermit monks lived. A cave with a small chapel still exists and it is possible to visit with an experienced guide. For those who appreciate legends and the beautiful nature of the mountains, this is the place for you. If you are a more experienced mountain climber you may know that Mt. Kazbek is one of the eight >5000m peaks.

It is a dead volcano which last erupted 6 thousand years ago. The peak is on the border between Georgia and Russia, though the easiest and the more interesting routes are on the Georgian side. According to legend, the first person to climb Mt. Kazbek was a local, three centuries ago, though the first official ascend was by the Englishmen Douglas Freshfield and Adolphus Moore in 1868. The first scientific study of the mountain began in 1923. Mt. Kazbek is often chosen because of its beauty and apparent easiness to climb, though its height, crevices on the peak and the changeable weather can cause serious problems. Because of this, experienced guides( sertified guides) are highly recommended. If you have a qualified guide, you are physically trained and ready for acclimatization, then to climb the peak will be a pleasant, interesting and unforgettable experience for you.