Georgian Economy Minister: ‘ban on regular flights may be extended until the end of July’

Georgia is setting the goal of becoming the first country to open its doors to foreign tourists starting July 1 after months of lockdown due to the coronavirus pandemic and to welcome international travellers with a new image - 'Georgia - Safe Destination!'.

Georgia will resume domestic tourism starting June 15 and will receive international tourists starting July 1. We will do this by creating a safe corridor on land borders with our neighbouring countries, as well as by bilateral negotiations with countries that are interesting for us in terms of tourism", said Georgian Prime Minister Giorgi Gakharia when presented a tourism recovery and anti-crisis plan today.

Georgian Economy Minister Natia Turnava, who also participated in the presentation, said that Georgia will be promoted as a safe destination for international travellers, as an internationally acclaimed and successful country in the fight against the COVID-19 pandemic.

Before the world knew us as a country with an ancient hospitality tradition, now the world will recognise us as a safe country destination. We need to use the new competitive advantage that our country has acquired in the fight against the pandemic. I mean the internationally recognised success of Georgia and the completely unique experience and skills acquired by the tourism industry in providing quarantine services. 83 hotels served over 19,000 people in quarantine during the pandemic and this is an enormous experience", Turnava 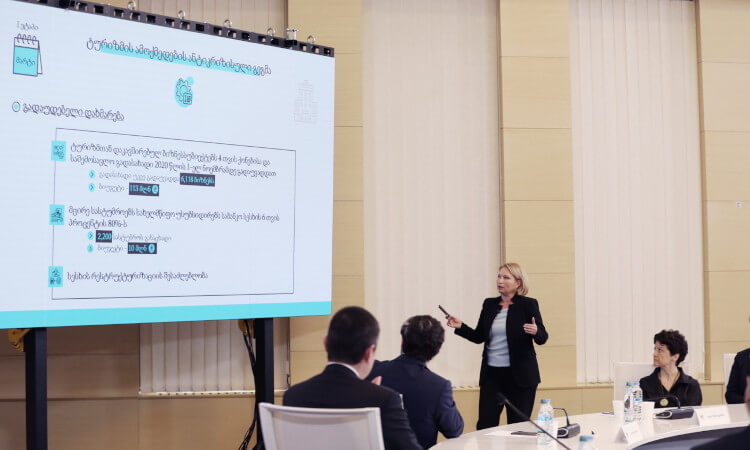 the tourism sector. Photo via Ministry of Economy and Sustainable Development of Georgia.

A tourism recovery and anti-crisis plan will be developed in several stages.

During stage one safety standards will be introduced at border crossings and airports. Stage one also includes:

During stage two (starting on June 15) it is planned to create safe tourism zones and resume domestic tourism.

Gakharia said that Tskaltubo, Gudauri, Sairme, Abastumani, Borjomi and other resorts of Georgia are discussed to be announced as safe tourism zones.

During stage three Georgia will be open for international tourism along with:

Tourism is one of the driving sources of the Georgian economy and one of the rapidly growing industries in the country.

A total of 150,000 people were employed in the field of tourism last year in Georgia.

Tourism’s share in the gross domestic product of Georgia was 11.5 per cent.

This report focuses on the opening of Georgian tourism and its recovery and the anti-crisis plan – Agenda.ge will shortly release a separate report on how the Georgian government intends to support the tourism sector.